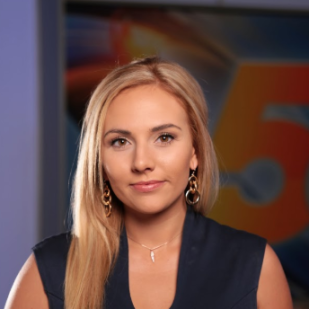 Tori Johnson joined the 5NEWS team in May of 2019, just one week after graduating from the University of Oklahoma.

Tori graduated with a bachelors in journalism and mass communication. While at OU she hosted a nationally broadcast sports show called Sooner Sports Pad, reported for the news and sports departments of their daily campus newscast, OU Nightly, and she anchored the school’s Big Friday Sports show.

Tori is a River Valley native; she grew up in Howe, Oklahoma and is happy to be working so close to her hometown.

Tori is a proud OU alum so you won’t catch her calling the hogs but she does enjoy college sports and will be attending Razorback games as often as possible.

When she’s not in front of the camera you can find her spending time with her family, visiting friends or exploring her new home: NWA.