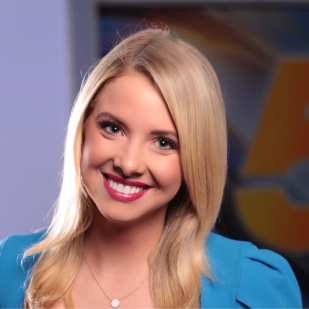 Allie joined the 5NEWS team as a reporter in July of 2018.

She was born in Russellville, Arkansas but grew up in Marlton, New Jersey. Although she loved growing up in the Northeast something about the south stuck with her throughout her childhood. Allie is a proud alum of the University of Arkansas with a bachelor’s degree in broadcast journalism. While in college, Allie was an anchor and reporter for Arkansas’ student run television station, UATV.

Allie loves college sports and is always cheering on the Razorbacks. In her spare time, she loves to travel and explore the outdoors.

If you have a story idea or suggestion for Allie, email her at Alexandria.lynch@kfsm.com or find her on twitter @5NEWSAllielynch and facebook Allie Lynch 5NEWS