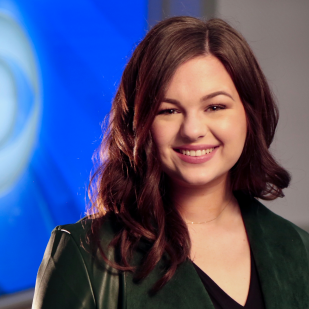 Bailey joined the 5NEWS team as a multi-skilled journalist in December 2019.

She grew up in Greenwood, Arkansas with her mom, dad, and little sister. Bailey pursued broadcasting at Arkansas Tech University, she quickly fell in love with her school and the crew at Tech TV. While in college, Bailey served as a producer for the school’s television program, Zeta Tau Alpha, Vice President of Society of Professional Journalists, and interned with KATV in Little Rock in 2018.

Bailey loves singing, music, and her two cats. In her spare time, she likes to visit friends and family – and exploring Northwest Arkansas.

If you have a story idea or suggestion for Bailey, email her at bailey.devane@kfsm.com or find her on twitter @5NewsBailey and Facebook Bailey Devane 5NEWS