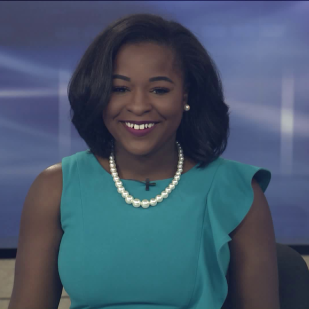 Beraiah joined the 5NEWS team as a reporter in October of 2016. She grew up in Pompano Beach, Florida and is a proud alumna of Florida A&M University and a member of Alpha Kappa Alpha Sorority Inc.

During her time at FAMU she was a anchor/reporter for FAMU-TV20, Sirius XM student reporter, and Sophomore class president. Beraiah received her Bachelor’s Degree in broadcast journalism from FAMU’s School of Journalism & Graphic Communications.

Beraiah loves to read self-help books and participate in church activities. She’s excited to explore all the sites and trails Northwest Arkansas has to offer.

If you have a suggestion or story idea for Beraiah, email her at Beraiah.Baker@kfsm.com or find her on Twitter @5NEWSBeraiah