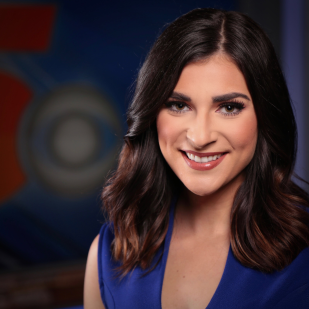 Julianna Clipson joined the 5NEWS team as a Reporter in January of 2019.

She grew up in Paris, Texas, which is a small town north east of Dallas. She first made Fayetteville her home in 2015 by attending the University of Arkansas where she graduated with highest honors in December of 2018 with a bachelor’s degree in broadcast journalism. When she wasn’t cheering on the Hogs, she served as a Reporter, Anchor, and Assistant News Director for the campus news station UATV. Julianna also spent the summer of 2018 as an intern for ESPN in Bristol, Connecticut.

When she is not in front of the camera, you can find her passionately cheering on the Razorbacks and the Houston Texans. Julianna also enjoys painting, traveling, and spending time with family and friends every chance she gets.

If you have any story ideas or suggestions for Julianna, email her at Julianna.Clipson@kfsm.com or find her on Twitter @5NEWSJuliannaclipson and on Facebook: https://www.facebook.com/5NEWSJulianna/?modal=admin_todo_tour