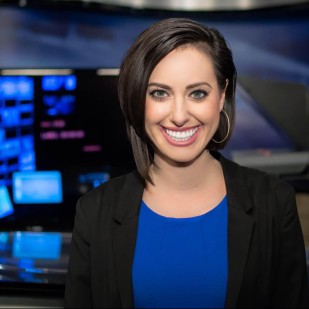 Esther joined the 5NEWS team in May 2015 as a morning news reporter, the day after she graduated from Temple University’s journalism school –Go Owls! She is no stranger to early mornings after spending the past three years waking up early to commute to national newsroom internships in New York City, while taking classes in Philadelphia, where she calls home. She is the self-proclaimed, Intern Queen, graduating with 15 competitive internships across New York City, Philadelphia and Washington D.C., at local and national media outlets including Hearst Corporation, Fox Television and Time Inc.
Most recently she interned for NBCUniversal, at their 30 Rockefeller Plaza location, writing for NBC Owned Television Stations’ websites. While at 30 Rock Esther also had the opportunity to help cover the election of Pope Francis and The Boston Marathon Bombings, which won the NBC News Specials team an Emmy Award during her time there. A writer at heart, Esther has written online for Redbook, Cosmopolitan, Woman’s Day, Country Living and Philadelphia magazine to name a few.
Esther was inspired to become a journalist after watching Nick News with Linda Ellerbee, the longest-running kids’ news show in television history. Years later, as a sophomore in college, Esther was able to intern for the news show that motivated her career, working under one of her biggest mentors, Linda Ellerbee. While at Nick News, Esther assisted on-set at interviews with Seth Myers and at HBO Studios with Gloria Steinem. She is a strong believer in gaining internship experiences, and loves giving back by now helping student journalists get their start in the field.
Though she is a city girl, Esther is excited to get a break from the subways and busses to explore The Natural State. In her free time you can find her outside zipping through the bike trails in Northwest Arkansas, playing competitive tennis or traveling… have you checked out her documentary Esther Goes to China?
She is a member of The Society of Professional Journalists and is passionate about volunteering with water sustainability groups. She is an unapologetic Philadelphia Eagles fan, even though she knows she’s treading dangerous waters here in Cowboys territory.
You can connect with Esther on Twitter @5NewsEsther or at Esther.Katro@kfsm.com.