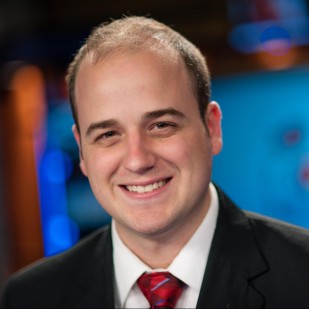 Greg joined the KFSM team June 2015 as an assignment manager. He is a recent graduate of the University of Missouri School of Journalism and was born and raised in Kansas City. Sports are a huge deal to Greg, especially all things Royals, Chiefs and Tigers.

Greg has a background in news and sports reporting, as well as anchoring and producing. He previously worked in Columbia, Missouri at KOMU for two years. He is excited about the move to Fort Smith and looks forward to meeting people and sampling what Northwest Arkansas restaurants have to offer.

If you have a story idea or just want to say hello, email him at Gregory.Dailey@kfsm.com