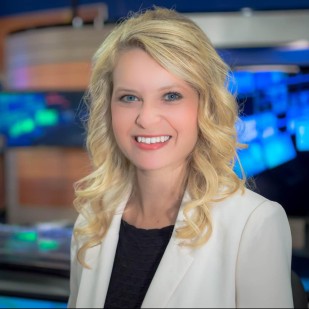 Meredith joined the 5NEWS team in May, 2014 as a morning news reporter after graduating from University of Central Oklahoma (UCO) in Edmond, Oklahoma. She looks forward to being part of the Fort Smith and Northwest Arkansas community.

Meredith is originally from Wichita, Kansas and was always very active in family businesses and sports, especially tennis. Her favorite teams are the University of Kansas basketball and Kansas City Royals baseball teams, but she is prepared to add the UA Razorbacks as another favorite.

Meredith attended UCO on a tennis scholarship and graduated with a degree in Mass Communications and Broadcasting. During college Meredith interned at KWCH12, the CBS affiliate in Wichita, and also was a reporter and news anchor for U Central, the television station for UCO.

When not at work, Meredith enjoys watching sports and chick flicks, travelling with her family, working out, playing tennis, cooking and shopping.

Meredith can be contacted by email at meredith.marney@kfsm.com.