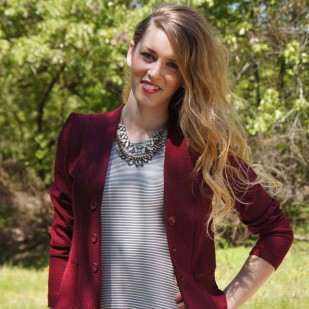 Megan joined the 5NEWS team and sales team as a Local Sales Coordinator and Sales Talent in August of 2016. She grew up in Evening Shade, AR and graduated from Arkansas State University, Wolves Up! She has a Bachelor’s Degree of Science in Broadcast Journalism and a minor in Sociology.

During her time in college she had internships with both the Jonesboro Radio Group and with the Sun Belt Conference shooting sports features for ASU. Graddy worked at the local TV station, Region 8 News, as assistant producer where she formed unforgettable friends and learned valuable experience to help her excel in her future career path, leading her to 5NEWS.

Megan is the host of both Flavors and Adventure Arkansas so if you need to know anything about local food or adventures, she is your girl. She enjoys being involved with the community and helping local businesses flourish through her work.

The only thing Megan enjoys more than watermelon from her high school alma mater, Cave City, is spending time with her family and exploring her new home in NWA.

You can watch Megan on the weekend morning news and Monday at noon!

If you have a suggestion or segment idea for Megan, email her at Megan.Graddy@kfsm.com or follow her facebook page for her latest segments.