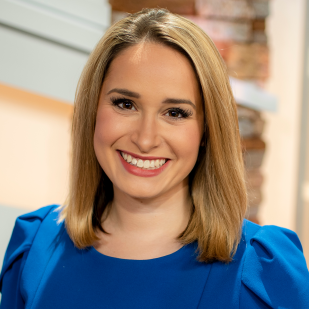 Sabrina joined the 5NEWS team in June 2018 as the Weekend Morning Meteorologist. She’s originally from the suburbs of Chicago, Illinois. Although she’s new to the area, Sabrina is excited to be a part of the Northwest Arkansas and the River Valley communities.

Sabrina graduated from Valparaiso University, with a Bachelor of Science in Meteorology with minors in Mathematics and Digital Media. During college, she was actively involved in her campus television station and was part of the planning committee for Relay for Life. She also was blessed with the opportunity to intern at the legendary WGN-TV in Chicago.

Sabrina is also the co-host of Adventure Arkansas. If you have any weather questions or an adventure idea, you can email her at sbates@kfsm.com or find her on Twitter @5NEWSSabrina.