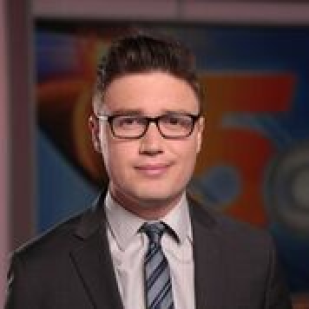 Tyler Cass isn’t great at playing sports, so he talks about them instead. Tyler joined the 5NEWS Sports team in October of 2016, and has been covering all things Hogs and local high schools ever since.

Prior to coming to Arkansas, Tyler attended Syracuse University, where he graduated with his Bachelor’s degree in Broadcast and Digital Journalism in the spring of 2016. While in school, Tyler covered the Orange athletics program extensively for Citrus TV, the student television station.

Tyler is originally from Los Angeles, but can now call the Hogs and tell you anything about any Arkansas high school mascot. He loves the natural beauty of Arkansas, and spends his free time exploring state parks and local restaurants.

To get in touch with Tyler about a story, food recommendation, or anything, follow him on Twitter @5NEWSTyler, or email him at Tyler.Cass@KFSM.com